What You Think You Know—Short Fiction #9 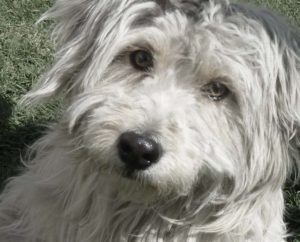 He didn’t see the dog until it was too late.

The shaggy beige stray darted across the highway right in front of his car. He felt, rather than heard, a sickening pop, and saw the small body rebound off the front bumper, flying off to the side, where it impacted the trunk of a pin oak.

He stomped on the brakes, drivers behind leaning on horns and cars skidding to avoid hitting him. He swerved off the four-lane state highway onto the gravel shoulder. The car rocked on its springs.

“God dammit!” he screamed, slamming his fist against the center of the steering wheel and splitting the plastic housing of the airbag.

“You hit a dog!” his wife shrilled beside him in the passenger seat.

He got out of the car, leaving the door open, and walked around the hood to the grassy verge beside the highway’s shoulder. He looked off into the woods. He didn’t want to, but his eyes sought the lifeless body of the dog he had hit, where it lay at the base of the oak. He didn’t even have to check that it was dead; it lay in a contorted position that no living animal could have survived.

But he went to it anyway. The poor creature had been starving, its ribs—where they didn’t stab red and wet from the accident through the dog’s ratted fur—made the animal look like a skeleton with hair. He knelt beside it, laid his hand on the dog’s head, and lowered his own. After several moments he stood.

He looked into the woods, and started walking up the slope to the first of the trees.

“Where are you going?” his wife shouted. “Come back here!”

He kept walking, and reached the trees, pausing on the rise that blocked the highway sounds from flowing through the woods like a noisy river.

“I said come back! Don’t leave me here!”

He stared into the depths, the setting sun backlighting the winter-naked branches, the stark gray-brown tree trunks seeming to welcome him.

Without being aware, his legs moved him forward among the boles. Though the air was still, and no woods creatures moved, it felt like the trees closed behind him, around him. Not threatening; more a gathering of friends.

Leaves crunched beneath his stained canvas sneakers, sliding against each other and making his footing precarious on the uneven terrain. No trail; he simply strode among the silent wood. The land careered away sharply to his left, falling into a steep ravine. The slopes of the gully were spotted with sparse growth, and several of the trees had toppled, taking other, smaller ones with them in their death throes.

Faintly, washed out over the murmur and hiss of the highway:

“You come back here right now! Do you hear me?”

He started down the grade. The worn soles of his sneakers slipped, and he lost his footing, landing hard on his tailbone and sliding like a toboggan on his rear to the bottom of the gulch. He clipped a tree trunk with his right shoulder, pain blacking his vision a moment and spinning him sideways. He went limp, and let it happen.

He did not know how he would live without his daughter. He accepted that he and his wife had to separate and divorce, but he would never have guessed that she would have done what she had, when she told him earlier:

“I’m taking Katy and moving to be with my mother in Warsaw.”

That was bad. Then she had added:

“And I will make sure you never see her again.”

She had always liked the things he could buy her, but when he lost his job and the money dried up, she had become increasingly strident about her unhappiness. Then one day he had come home from answering job want ads and discovered her in bed with their neighbor, John. He had heard the unmistakable sounds coming from the upstairs of their thirty-five-hundred square foot house—which he could no longer afford and would have to sell—and went up to discover her in bed—his bed—with the neighbor. John had freaked out and leaped up, but she had merely looked at him, making no attempt to cover herself.

And then she had smiled at him.

Today they had been on the way to see their lawyer who had drawn up their divorce papers. He only wanted it to be over, but on the drive she had berated him nonstop, taunting him that he would never see his sweet little Katy ever again, no matter what it said in their divorce agreement.

He had no money, no way to get to Warsaw, but he would be damned if she would take his daughter away from him. But he did not know how he would stop her.

He lay there at the bottom of the winding ditch, looking up at the bare December branches scratching against the clear azure sky.

“There you are, you worthless asshole!”

He tilted his head, and she stood at the top of the ravine, hands on her hips. She had always been beautiful, and if he’d been more of a man, he might have noticed that she flaunted herself to other men, even when he was with her. But a man smitten is a man blinded.

“I told you to come back to the car, wimp,” she continued, now waving her slender, Pilates-muscled arms at him. “Or do you want me to tell Katy that her father abandoned her mother as well as his daughter?”

He said nothing. When she wound up to full battering mode, he had learned not to respond; it was like pouring gasoline on a tire fire.

She took a step down the slope. “You are just lying there like the worthless fool that you are.” She hooked her arm around the trunk of a sapling as her Manolo Blahnik heels slid on the slippery leaves, and caught herself. “My mother was right—you are worthless piss of shit.” She imitated her mother’s thick Polish accent.

She let her arm slide against the trunk of the sapling, snagging the sleeve of her cashmere cardigan and pulling loose a ragged loop of wool yarn.

“Now look at what you have done,” she screeched. “That was my favorite cardie!” She shook her fist at him, forgetting it was the one that had been holding onto the tree.

Her dark eyes went wide as she lost her balance in her heels, at first backpedaling as she tried to regain her footing. Her left shoe flew off her perfect foot, the red heel with the encrusted jeweled thing on the toe turning end over end in the air and landing upslope behind his head.

But she did not. Scrabbling her feet like a cat in the cartoons that Katy loved, she first fell onto her shapely rear as he had done, but her downhill momentum carried her torso forward, the heavy breasts she had made him buy her toppling her until she was somersaulting down the hill faster and faster.

She screamed, the sound a wayuh-wayuh-WAYUH as she spun and spun. He leaped to his feet, scrambling up the slope to slow her tumble, but as he crouched to catch her, her round body hit a small boulder partially submerged in the leaves like an iceberg in the ocean, and she launched over his head.

“Wayuh-wayuh-WAYUH!” he heard as she passed above him.

He jerked around, losing his own footing and falling again, just in time to see her strike the branch of an oak that was outstretched like an arm to receive her.

“Wayuh-wayuh-WA—” The sound cut off as the branch speared through her chest, stopping her fall at last.

He shouted something like, “No!”, and just stared as she hung fifteen feet above him, impaled through her proud chest. Blood—a lot of blood—dripped down her left arm and splattered like rain on the leaves below.

He stared for several moments, but she did not move. He reached into his pocket and pulled out the cellphone that would be deactivated in three days due to nonpayment, and dialed nine-one-one.

When the dispatcher answered, he said, “There’s been an accident.”

What You Think You Know—Short Fiction #9
Tagged on: Horror    Suspense

In the Time It Takes to Blink: (A Novel of Suspense and Horror)

13: A Baker’s Dozen of Suspense and Horror Tales

For Weeds Will Grow: (A Novel of Horror)

IN THE TIME IT TAKES TO BLINK (Bruno Salvanian #1)

What Readers Are Saying